Four weeks ago, the CE certification of the wireless Dygma Defy was on the wire. It had passed the Bluetooth certification, but when we were ready for the RF certification, the keyboard stopped working 😰

A cable was snapped during preparation, and we were worried the PCBs were damaged too, so we had to send it to be repaired. We hoped that that’d be all, a couple of weeks of delay, and that’s it. But the RF certification had more surreal moments in store for us.

Fortunately, all’s well that ends well: the Dygma Defy has passed the RF certification, and we are on our way to mass production, but we’re going to need therapy after all this 🤪

If you'd like to watch a video for this update instead:

Ok, once fixed, the Dygma Defy was back at the lab, and they were supposed to perform the RF tests in about a week.

However, when we were expecting the results, they told us they couldn’t do the tests 😕

It seems that our RF firmware worked on a fixed frequency, and they needed to test different frequencies.

So we sent them different firmware that worked on different frequencies.

But after another week of waiting, they claimed that they needed to switch to different frequencies fast, like pressing a key, so we had to redo the firmware AGAIN 😤

We were so pissed and confused with this lab that we even sent someone to check if they were actually professionals. Maybe we were being tricked by a couple of guys in a basement.

It turned out it was an excellent lab with dozens of engineers working, but they had one big flaw: nobody spoke English!!!!

All this time, they were using an app to translate our messages and sending our instructional videos to another lab for them to explain them 🤦‍♀️ 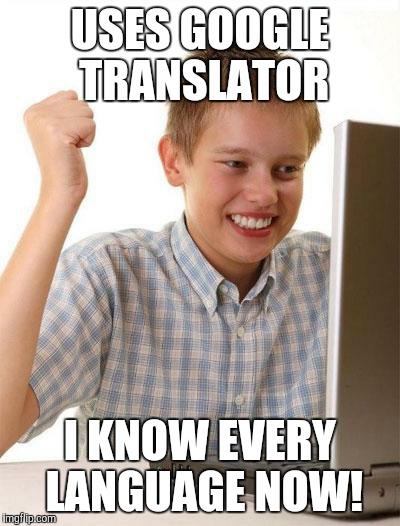 Now, they are finding someone who speaks English so we can communicate properly. But we could have saved so much time!

All in all, we lost a bit over a month, and with the Chinese new year around the corner, the Dygma Defy ETA is now March 2023.

Nevertheless, let’s not forget the good news: despite the language barrier and all the ups and downs, the Dygma Defy has passed the CE certification without making any changes!!! 🎉

With that out the way, we are ready to move on to the next ride: mass production 🦾

We are currently preparing the Design Validation Test (DVT) for all the electronics. This implies manufacturing a small batch of 25 sets to ensure everything works. And we are also making the final tweaks to the mechanical components.

Even though the CE certification has taken most of our attention lately, the product team has continued polishing the mechanical parts of the keyboard to get them ready for mass production.

We have received two more samples of aluminum top panels, one silver, and one black. We are satisfied with the quality, although we still found minor imperfections on the top part, where there are more folds due to the rounded shape of the plate. They are difficult to spot, especially on the black keyboard, but we’ll make one more iteration before mass production. Until now, you’ve seen the Dygma Defy with keycaps without legends or paying, just plain ABS, but we’ve just received samples of the English US black and white keycaps: painted, laser-edged, UV coated, and all. Overall, we’ve only spotted some minor mistakes –the G is a bit displaced, and they forgot to make the Z– and we’re thrilled with how much the light shines through them. As you might have guessed from previous updates, ensuring that the Dygma Defy has a sturdy tenting is critical for us. That’s why we continue to iterate the design as much as possible.

We’re currently adjusting the main aluminum legs, the side legs, and the reverse tenting legs. For the main legs, we want to ensure minimum tolerances, so we’re making tests with different paints and powder coating techniques. We’re also changing the anti-slip tips to avoid the keyboard sliding at the highest angles.

In the case of the reverse tenting legs, we solved the minor flexing issue by using a more robust plastic. But the most significant change has been in the tiny side legs.

If you pay close attention, you’ll notice that all the legs have rounded tips. This allows for reverse tilting and tenting combinations but reduces the contact surface with the table, so there’s less anti-slip grip. That’s especially noticeable in the side legs because the contact surface is already small. We tried different materials to increase the grip, but nothing worked. Until we realized one crucial thing: the side legs don’t need to be rounded!

They are to be folded when using the reverse tilting legs, so they can have a flat edge, giving more grip surface. We have just redesigned them, and the sample is being shipped as you read this. We are making minor adjustments to the base, although nothing a human eye would see. We’ve improved some legends and textures and are working on removing any marks from the molding, as small as they might seem.

We’ve also received the final samples for the mylar (the film that covers the base), and besides a slight problem with the glue distribution that’s already solved, everything looks spot on. Another thing where we are putting more time and effort than we expected is the palm pads. We thought we had the final solution with an EVA foam palm pad held in place by magnets, but it proved less durable than we wanted on the tests, so we started looking at other options.

Our first idea was to return to the Raise's silicone palm pads while keeping the magnetic feature. However, this presented two issues: they were heavier and not as soft as we wanted, so the magnets didn’t hold them in place so nicely.

So we continued our research and found a supplier that offered a silicone that was very light and flexible. That means it’s soft to the touch, but it recovers its shape quickly.

It’s fresher, too, so your palms won’t ever sweat again. At least not while using the keyboard.

Plus, being so flexible, we can now use thicker 2 mm magnets in the base (instead of 1 mm), which, combined with the fact that it’s a lighter silicone, leads to a palm pad that stays put under all circumstances.

As explained, we’re now launching the DVT of the electronics, which should take about three or four weeks. And if all goes as expected, we’ll launch the mass production of all the electronic components.

In the meantime, we’ll continue working on the firmware and doing some other certifications, including the FCC certification, but we’re not waiting for those results to move forward. The CE certification is the most strict, so those are more a formality than anything else. On the mechanical side, we’ll start launching the production of all the different pieces as they are approved 👍

We’re a bit worried about some suppliers closing early for the Chinese new year –some have had slow years, so they close when the workload decreases– but we keep pushing to have everything ready as soon as possible.

And, to finish it off, I’d like to show you something that makes me very happy: we have a version of Bazecor that works with the Defy. Now, we can quickly test and tweak different layouts and configurations to see what works best as the default for the keyboard.

In fact, this update was written with the Defy, so there’s that 😅

See you in our next update, and, as always, thank you so much for your support! 😊